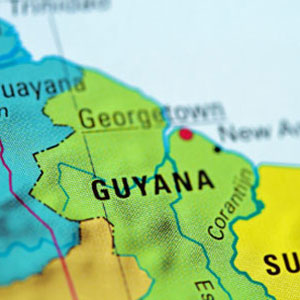 The Private Sector Commission (PSC) in a press release today expressed its concern at the “irretrievable damage” that could result should the political Parties in Parliament fail to reach consensus on the Anti-Money Laundering and Countering the Financing of Terrorism (Amendment) Bill.

The PSC expressed its unqualified support for the Bill, which must be passed in the National Assembly by May 27, set by the Caribbean Financial Action Task Force (CFATF).

Failure to meet this deadline will see Guyana at risk of facing serious sanctions including being placed on an international blacklist.

“Guyana presently stands in great danger of being deemed a credit risk by international financiers and becoming subject to sanctions; restricting international financial transactions if we do not immediately put in place and implement the legislation required by the Organisation of Economic Cooperation and Development (OECD) to counter money laundering and the financing of terrorism. Guyana cannot afford to be blacklisted,” the PSC stated.

The Anti-Money Laundering and Countering the Financing of Terrorism (Amendment) Bill, which was tabled in the National Assembly by Attorney General and Minister of Legal Affairs, Anil Nandlall, amends the principal Act of 2009.

The amendments which are now pending in the Parliament, emanated out of the deliberations of the Caribbean Financial Action Task Force (CFATF), a body that is responsible for monitoring the operations of legislation of this type throughout Caribbean.

The PSC is calling on Parliamentarians to deal with the amendments to the Act as a matter of absolute urgency.