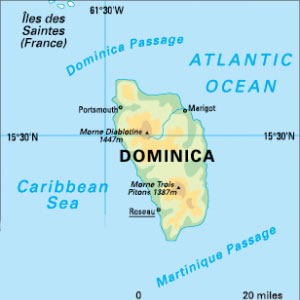 The November 2014 Plenary recognised that Dominica had made significant progress in addressing the deficiencies identified in their 2009 Mutual Evaluation Report and therefore could exit the follow-up process.

Dominica has progressed to the point where only Recommendation 32, 33 and SRIX can be considered to be outstanding. Recommendations 9 and 30 have been significantly addressed and now have just very minor shortcomings. All of the Other Recommendations which were rated as PC and NC have been fully rectified.

Dominica 8th Follow-Up Report, which was presented at the November 2014 Plenary contains a detailed description and analysis of the actions taken by Dominica to rectify the deficiencies identified in respect of the Core and Key Recommendations rated PC or NC, as well as a summary of progress in other Recommendations, in the 2009 Mutual Evaluation Report.

The CFATF acknowledges the significant progress made by Dominica in improving its AML/CFT regime and notes that Dominica has established the legal and regulatory
framework to meet its commitments in its agreed Action Plan regarding the strategic deficiencies that the CFATF had identified. Dominica is therefore no longer subject to the CFATF ICRG monitoring process.