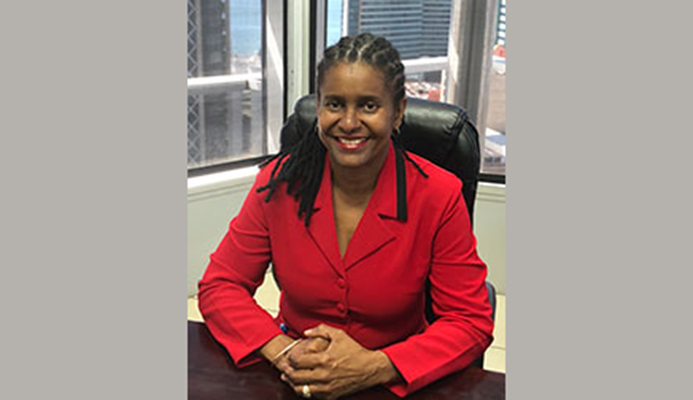 Based on the decision taken by the Council of Minsters as it relates to the post of Executive Director, the Secretariat would like to take this opportunity to announce the appointment of Ms. Dawne Spicer as the Executive Director effective February 1st 2018.

Ms. Dawne Spicer is a national of Trinidad and Tobago and an Attorney at Law by profession, with twenty-six years of experience in the area of AML/CFT. Ms. Spicer holds a Bachelor of Business Degree in Accounting (Honours), a Juris Doctor (JD) degree and a Legal Education Certificate (LEC) from Howard University School of Business, Howard University School of Law and the Hugh Wooding Law School respectively. Ms. Spicer has been admitted to both the Pennsylvania Bar and the Bar of Trinidad and Tobago.

Ms. Spicer began her AML career in 1992 as a Legal Officer for the Ministry of National Security of Trinidad and Tobago and joined the CFATF in 2001 as a Legal Advisor. She was then appointed to the post of Deputy Executive Director in 2008.

At the FATF June 2012 Plenary in Rome, Ms. Spicer was appointed as a Co-Chair of the then newly formed FATF Working Group; the Global Network Coordinating Group (GNCG), which addresses issues that are common to both the FATF and FATF style regional bodies (FSRBs), which she continuos to Co-Chair at present.

Ms. Spicer in her previous positions with the CFATF, provided AML/CFT-related technical assistance in the form of training, to local, regional and international organizations. Ms. Spicer has participated both as an Assessor and Head of Mission for the Mutual Evaluations of various CFATF Member countries for the four rounds of CFATF Mutual Evaluations.

Her expertise brings a wealth of knowledge and dedication to the organization, which she has served with distinction, attributes that will ensure that the CFATF will continue to make a positive impact not only to the Caribbean Basin Region but to the Global AML/CFT Network.

We congratulate Ms. Spicer on her elevation to the post of Executive Director.